Eric Flint’s Ring of Fire Press is having a wonderful time putting out great books. In fact, we have so many books coming out that we have a kind of bottleneck in production.

Recent publications include a hero story Legend by Ryk Spoor, a great fantasy by a great author, to follow his great novels in the Demons of the Past series.

Our most recent publication is Death Lives in the Water by Shoshana Edwards, the first in the Harper’s Landing series. What happens when a small town in Missouri starts calling people to it and strange things start happening? You will find out.

We will have not one, not two, but three new novels by David R. Palmer: Tracking, Spēcial Education, and Schrodinger’s Frisbee.

But what about 1632 novels?? Well, we have a bunch coming out!! We are going to release Virginia DeMarce’s great new 1632 novel, The Legions of Pestilence at the end of April or in early May. We’ll follow that with Terry Howard’s Hillbilly Philosopher, the Jimmy Dick Stories. Then we will have Mark Huston’s Up-time Pride and Down-time Prejudice. This is a fantastic story about what happens when a young up-timer woman is sent to work for a great German family.

This summer, we will have The Vampiress of Londinium, a Warspell Universe novel by Gorg Huff and Paula Goodlett, Arachne’s Webs, by Gorg, Paula, and Eric Flint, Twilight of Empire by Stoney Compton (the sequel to his Incident in Alaska Prefecture), and quite a few more!!

And we will also have Lost Signals of the Terran Republic, an anthology edited by Charles E. Gannon. Those of you who are already readers of the Caine Riordan universe pretty much know what to expect from these stories: gritty yet doggedly optimistic hard sf in a world that is a believable and embattled successor to our own. But for those who are not familiar with the series’ hallmark blend of exploration, alien encounters, intrigue, and action, then . . . Welcome to the 22nd century where humanity has just reached out to the stars and now finds itself challenged by contact by five (or is that four?) very different (yet very realistic) alien species whose motivations are as unusual and arresting as their physical forms. Of course, planet Earth still has plenty of problems, injustice, and inequities of its own to deal with. 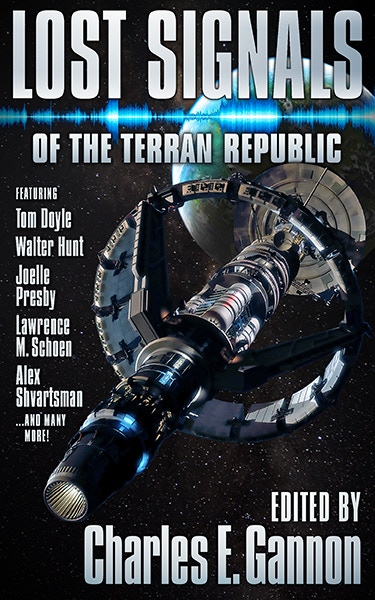 And that takes us through the summer! Be sure to visit http://ericflintsringoffire.com for all the up-to-date information. You can find us on Amazon and on http://www.baenebooks.com. Find us on Facebook and on Twitter, too.

Winging It In Wismar
With a Hammer, Everything is a Nail

Oil Prospects in the New World

The Company Bane, Part 2
The Keeper of Barrington Light

Notes from The Buffer Zone:Neighborhood
1632 Minicon 2019 Panels and Panelists
Hot Off Eric Flint’s Ring of Fire Press!
This Issue’s Cover- 83